When I was young I  had a friend named Lenin. This was his first name; his full name was Lenin Antonio Restrepo Barca. 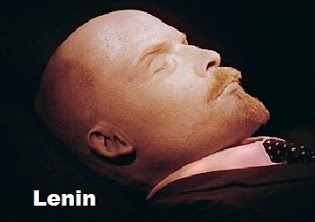 Lenin's parents were fervent communists. They spent their time in party meetings, sticking pamphlets on neighborhood walls with slogans about the proletarian revolution, attacking imperialism, and praising the achievements of socialism (such as "this month Soviet production of truck axles rose 22% ").

As we all know, children tend to follow their parents’ footsteps regarding diet, religion and politics.  This means my friend Lenin had an ordinary diet, was atheist and had been a good  communist since the moment he could walk.

I’m a pretty big guy. But I started school at four  because my grandfather had taught me to read and write that summer.   Lenin was older, but he was short and skinny.  I was the youngest and Lenin was the shortest.  This made us the class midgets.   And because we looked different to the others (and looking more or less the same  is very important in first grade),  we suffered  the other boys’ abuses together and became close friends.

Another thing that united us was my tendency to get into  books as if I were a termite, and Lenin’s character, because he liked to hear me describe everything I read, especially the stories of the Tiger of Malaysia fighting against British imperialism and how to prepare explosive mixtures using household materials.

But Lenin also listened and learned from his parents. This gave him big ideas that he tried to explain would improve society. For example, the school grades idea:

Lenin came up with the suggestion that the whole class’ grades should be averaged and everyone would end up with the  group average. This, according to him, would give the best a strong incentive to help the worst students in the class.

I had good grades.  I was  either  1st or 2nd  in the class, always  competing with a girl named Alina, a blonde I really disliked  when we were in first grade but had become my imaginary girlfriend by the time  I was in sixth grade. So when Lenin presented the idea it didn’t go over very well with me. I got very worried and  thought that, if Lenin could convince the teacher to go along with this plan, I would have to move and change schools.  Being forced to  ​​change schools and not having Alina to compete with really bugged me. But I wanted to be an engineer and I thought the  class average wasn’t going to get me into a good undergraduate nuclear engineering program. Thank goodness the teacher was not revolutionary.  She laughed when Lenin suggested it, and that was it.

Lenin and I continued hanging out together for a long time. And as I grew up I saw him develop into a devoted communist. When we were in high school he spent all the time talking about the destruction of society, which he said was necessary to build the socialist world.   This apparently included having a  revolution to put his father in charge of the police, so he could lead a firing squad and shoot the rich.

Eventually we graduated from high school. Lenin was an expert at throwing stones, making pamphlets and organizing fun student demonstrations demanding an end to war and imperialism. Lenin was also an expert in the number of Soviet space launches, and enjoyed counting the medals obtained by the Soviet Union in the Olympics, because he believed that if they had more medals this meant Soviets lived well and were really tough.

I happen to think the achievements of athletes from other countries are important only if they lose against our guys, or if they do something amazing.  Like the time a woman ran the marathon, and entered the stadium so dehydrated she was tottering, but kept making step after step while the people cheered and wept with emotion. 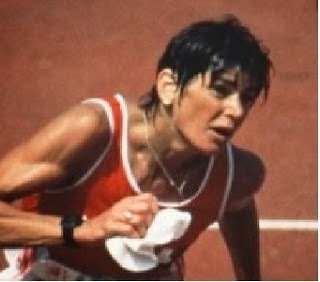 Meanwhile I kept dreaming of ​​building nuclear reactors, thinking I would build a car with an atomic engine that would go at super speed and could take off and fly up when traffic was heavy (this idea came from reading Popular Mechanics).

So when we graduated from High School  he went to study political science at the junior  college on the outskirts of town, and I went head to study engineering, which wouldn't  let us hang around together much.

But occasionally we did  go out together, and he kept talking about his ideas, which he explained with passion. One night we were standing outside a bar, completely broke and watching people go in and come out.  Lenin told me that if you walked into a bar you should have the right to drive back home without having to worry about the cops, so it was better to install a blue light on car roofs. This blue light would be turned on when the driver was drunk so people could be warned and get out of the way. This didn't  seem like a good idea to me, but Lenin stubbornly insisted that I had rejected it because I had a capitalist mind, and I couldn’t accept revolutionary changes.

I kept apart  Lenin’s personality as my friend, and his ridiculous communist ideas. But eventually I began to get tired of the whole thing.   This reached a peak when he mentioned he was going to start distributing pamphlets asking for gasoline price controls.  At that time gasoline prices were very high on account of Iran. Their government had fallen in the hands of an Ayatollah Khomeini, and somehow he had managed to cut oil production.  On top of that  he caused a huge mess when he ordered an invasion of the U.S. Embassy in Teheran.  ​​This was shown in Ben Afleck’s movie “Argo” (I have to mention that Affleck bugs me as an actor ever since he made the movie with Matt Damon about God being an old man with amnesia, but he is a darned good director).

The fools didn’t realize those who spend more on fuel are the rich because they drive Cadillacs and Mercedes Benz and jumbos with rocket tails. I had to read a lot  when I was in college,   but the public bus was so full all the time  I had to stand  and read as  best I could, and people complained when I  stuck a book  in their faces. From my point of view it was better to raise the price so people would drive less, and then use the tax to give us better public transport with more frequent service.

So this was how Lenin and I started to come apart. Eventually he got into a group of people who called themselves internationalists and left the country. The last I heard,  he is in southeastern Venezuela preaching communism to the Pemon Indians. I don’t think he will do well, because the Pemon Indians have their own ideas about communism.  What they seem to want most is to have a gold mine, to earn some money and send their children to school to be doctors, or engineers, so they can leave the jungle and build a house with real furniture and everything.

The Pemon, you  see, have  been communists for a long time,  and now  they want to move  forward a bit, to  study hard,  and become good  capitalists. They are like the Chinese, and other peoples who have been communist. They tend to dream of being capitalists and getting rich.