US State Department warns against travel to Venezuela

A little bit late, but the USA State Department is warning citizens not to travel to Venezuela. As of right now, on Friday morning Caracas time, I'm seeing reports of looting, disturbances and riots in cities from San Cristobal in Western Venezuela to Maturin in the eastern oil field region.

"The U.S. Department of State warns U.S. citizens against travel to Venezuela due to violent crime, social unrest, and pervasive food and medicine shortages.

All U.S. direct-hire personnel and their families assigned to the U.S. Embassy in Caracas are subject to an embassy movement policy that limits their travel within Caracas and other parts of the country. These security measures may restrict the services the Embassy can provide. Country-wide shortages of food, water, medicine, electricity, and other basic goods have led to social unrest, including violence and looting. Security forces have arrested individuals, including U.S. citizens, and detained them for long periods with little or no evidence of a crime. The U.S. Embassy may not be notified of the detention of a U.S. citizen and consular access to detainees may be denied or severely delayed. The detained citizen may be denied access to proper medical care, clean water, and food. This replaces the Travel Warning issued July 15, 2016."

Who is really behind the Trump-Putin bullshit?

I havent seen a shred of real proof backing the idea that Russia orchestrated Trump's victory, or that Putin's KGB hacked the democrats, etc. I do read articles like this
Guardian Article: White House says Vladimir Putin had direct role in hacking US election
which are carefully redacted to deceive the readership. I read articles in the NY Times and other media which use the same redaction as well. And the methods they use are uncanningly similar to the ones used by the Bush administration when they orchestrated support for the Iraq invasion. 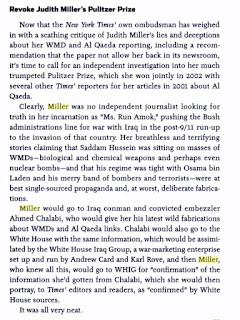 Here is a piece lifted from "End Times"
As far as I know, this type of deception has been codified and structured, it's a descendant of old Soviet agitprop. The first well organized practitioners were organized early in the bush administration, placed in several teams embedded within
the government.
For example, Wolfowitz set up an "Office of Special Plans" under Abram Shulsky at the Pentagon. Their function was to create a false news feed to encourage the Iraq invasion. This office in turn worked closely with Miller at the NY Times and other media. See In Rumsfeld´s Shop  for a very good insider description of how these dark shops do their work. This is a three part series in "American Conservative Magazine" by Karen Kwiatowski, a retired USAF officer.
So, thus far what we have is a rather poorly prepared deception campaign intended to undermine the Trump presidency. The neocons, which are quite active within the Democratic Party organization, are working with key republicans (Rubio, McCain) to block any moves by Trump to reach an entente with Putin.
The problem I see is the serious damage they are doing to democracy in general. Neocons (which evidently have some influence over this newspaper) are a very heterogenous group, focused on making the USA a hegemonic or imperial power. They are keen on creating this super super power to in turn control the Middle East and create a safe operating room for Israel. Evidently Trump isn't Israel's enemy, but he's not supporting the neocon approach.
I'm also starting to wonder if this nay not be in part an internal Russian struggle, after all Putin put the brakes on the oligarchs (for example Khodokorvsky spent time in jail). Maybe the whole charade about Trump and Putin is being financed by Russian oligarchs?
No hay comentarios:
Enviar por correo electrónicoEscribe un blogCompartir con TwitterCompartir con FacebookCompartir en Pinterest

As the hysteria about Russia’s alleged interference in the U.S. election grows, a key mystery is why U.S. intelligence would rely on “circumstantial evidence” when it has the capability for hard evidence, say U.S. intelligence veterans.

Allegations of Hacking Election Are Baseless

A New York Times report on Monday alluding to “overwhelming circumstantial evidence” leading the CIA to believe that Russian President Vladimir Putin “deployed computer hackers with the goal of tipping the election to Donald J. Trump” is, sadly, evidence-free. This is no surprise, because harder evidence of a technical nature points to an inside leak, not hacking – by Russians or anyone else.

Maduro is mentored or bossed by the Castro dictatorship. Maduro, Jaua, Silva, and others in the government were educated in Cuba when Fidel was in charge and they were very keen on sustaining a communist dictatorship.
However, the communist system failed, Fidel sickened and then became senile, and his brother Raul took over. Raúl used to be a Marxist in the 60's, but eventually he realized the system had to evolve. So now he's trying to change towards a limited version of the Chinese hybrid, with a heavy military flavor.
So the problem Raúl faces in his colonization of Venezuela is the training Maduro and his guys were given by Fidel, and the heavy narco presence in the regime (the Cabello faction is heavily into the cocaine trade). Raúl does control Maduro to a large extent, but that control is given legitimacy by a shared belief in Chávez/Fidel dogma (Marxist dictatorship and the use of state resources to undermine democracy and implement Marxism in other nations). 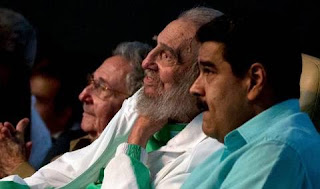 Maduro is "run" by Raúl Castro 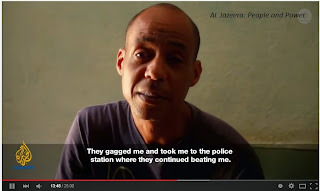 I’m Cuban, have had decades to think about this issue. To begin with, we have to remember the word “blockade” was coined by Fidel to label USA economic sanctions. There is no such thing as a blockade, and Cuba has been free to sell its goods, and purchase theirs, from other nations.

Those of us who had to endure the horror of living in Cuba under Castro’s rule had the opportunity to see it in its glorious inefficiencies and irrational ways. This first hand experience makes it clear that Castroite Cuba, just like Mao’s China, or Gorbachev’s USSR, was doomed to fail. What many foreigners who admire Castro so much also fail to grasp was that in over 50 years we never had a reasonable means to express our dissent. Those of us who did lost opportunities for education, were jailed, murdered, or had to flee.

My guess is that many of you are familiar with modern principles of management, how to motivate people, how to listen, how to adapt and change as circumstances change. You know, what many think is common sense leadership. Fidel Castro lacked these qualities. He thought himself a genius, absorbed information in discrete amounts, micromanaged, and allowed corruption within his family, the military, and party ranks. Thus the failure is very evidently Fidel Castro’s failure. And don’t forget that he made many of us suffer. And many of us died.


Number 2 Cubans who remain in Cuba want change. This is well known to the dictatorship, and this is why repression is so harsh. Saying “people get the government they deserve” applies if the people get or install such a government. But the Cubans who are alive today didn’t get to vote, the system was there and remains there in part because nobody outside cares. I’d like to remind you the USA freed itself from the British crown thanks to French help, and that Great Britain would likely have become a Nazi colony if the USA hadn’t helped. We Cubans are simply cursed with a dictatorship which either gets apologists to help it, or people who look at us, and shrug their shoulders. In a sense, it makes one feel a bit worthless.
Comment 3 (from a different article) I  believe most Cubans thought Batista was a corrupt dictator. We propose we settle this out holding elections under UN supervision. The dictatorship can propose it remains forever, and we propose a constitutional assembly to write a new constitution, which eliminates special privileges for the communist party, accepts all the principles outlined in the UN human rights charter, ends censorship, allows for periodic elections, the creation of parties other than the communist party, and so on and so forth. All we want is the right to decide, we want this to stop, we don't like to have you arguing over what we are supposed to want, neither do we want you to decide what's best for us. We are tired of being dictated by the Castros, and we are tired of seeing you make endless excuses for the abuse and terror we have suffered. It's enough.
No hay comentarios:
Enviar por correo electrónicoEscribe un blogCompartir con TwitterCompartir con FacebookCompartir en Pinterest

Taking good care of the slaves

Regarding the Castro dictatorship's accomplishments, it doesn't really have "a model health and educational system". It's simply a system intended to maintain a slave population working for its owners, mostly as government employees or in menial jobs servicing foreign tourists, as prostitutes, waiters, etc 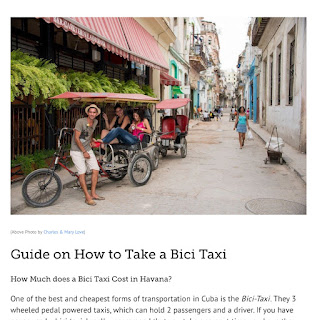 I must remind you I lived in Cuba under the Castro dictatorship, my father was a physician, and my mom was a nurse. My understanding was that it provided a fairly good basic preventive system, mediocre if the sickness was serious, and extremely high quality for the upper dictatorship caste.
The educational system I attended was very strict and somewhat stratified. We were tested with what was called "Pruebas de Nivel" (level tests), and those who didn't pass became repeaters. We were told repeaters would eventually be sent to work in farms if they didn't straighten out. I had a first cousin who was sent to one of those farms, but in his case it was because he was homosexual (he got caught when he was sixteen years old).
Entering high school required that one have the right political pedigree, and this was even stricter regarding entry to college. In my case I got in trouble with the school authorities debating over the lack of food for lunch (it was more of a misunderstanding but they were extremely harsh). At that point I realized I had no future living as a slave in a communist dictatorship and left on my own.
I can vouch that the education I got in Cuba was good enough that, once I managed to get to the USA, I made the honor roll within the year, and eventually graduated without any problems, in spite of having missed over a year of schooling.
What many of you don't understand is that the system is designed to create obedient slaves who are in basic good health. It's a pragmatic approach any intelligent slave owner uses, it's simply taking care of the animal farm.
No hay comentarios:
Enviar por correo electrónicoEscribe un blogCompartir con TwitterCompartir con FacebookCompartir en Pinterest
Entradas más recientes Entradas antiguas Página principal
Suscribirse a: Entradas (Atom)