Hugo Chavez died on March 5, 2013. And I have to confess something that has me very worried. But first,  look at this photo of the president’s  announcement. In it  you can see Nicolas Maduro, the president’s  heir: 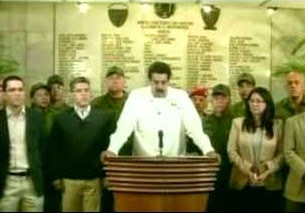 Maduro is the one in the middle, wearing the white outfit.  His wife Cilia Flores is on his left, as God commands.  On the right we see comrade  Elias Jaua, Venezuela’s Political Vice President as ordered by  Fidel Castro. The young man next to Jaua is Chavez’ son-in-law, the Minister of Science and Technology at the time,   Jorge Arreaza. As soon as he got the chance Maduro named him Executive Vice President (Venezuela has lots of vice presidents). Missing from this scene are Diosdado Cabello, the fascist who heads the National Assembly and Maduro´s main rival, and Rafael Ramirez, Minister of Petroleum and holder of the cash.

Maduro´s performance has been lousy since he took over, and the Venezuelan people are getting really upset. Venezuela´s Bolivarian politics are a bit Byzantine (the Byzantine empire was famous for having incompetent emperors murdered by their friends). There  must be something to Maduro´s  constant talk about "opposition magnicide"....that is, there are factions within the regime planning to dump Maduro and blame the opposition. This gets pretty complicated, but I´m sure that  If Arreaza makes a deal with Raul Castro he can replace Maduro.  It depends on whether the Cubans can make sure  Diosdado Cabello goes first.

But let’s return to the main subject. Comrade President Maduro said Chavez died of cancer caused by the empire . Many people laugh at Maduro   because he is reputed to see talking birds and imperialist spies everywhere. But I have received information which confirms that,  for the first time in his life,  Maduro is telling  the truth!

The damned imperialists have a way to inoculate  cancer and give it to people they hate.  Look at this picture I was sent by a  CIA agent I met in Maracaibo: 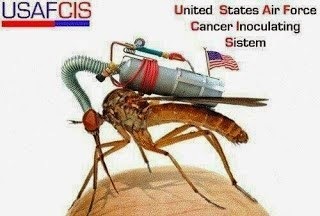 A  son of a gun mosquito with a little  tank  full of cance  killed Chavez! And this concerns me greatly, because if they sent a mosquito to kill Chavez, then the yankee imperialists are going to send me roaches and spiders, or whatever else  comes to their minds. Any insect qualifies as long as they can load the chemicals in  that horrible little tank on the critter´s backs.

So now I spend all my time spraying myself  with repellent, and I smell like shit. I'm not sure that a cockroach  will be stopped by chemical sprays and potions, so  I'm writing this in a room completely lined on the inside with plastic (like Dexter the serial murderer).

I know I can’t stay  wrapped in plastic forever.  And I don’t want to end up looking like the real Hugo Chavez (the one in the Caracas mausoleuam-museum is a wax job): 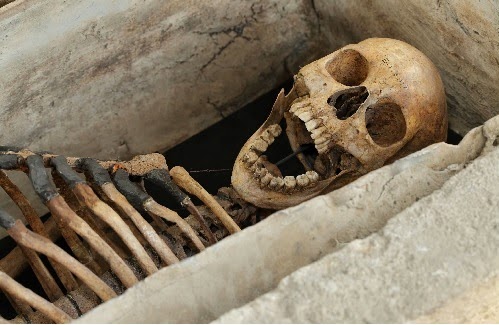 So  I will  write a letter to the CIA  imperialists in Washington and surrender. I know I  will be shipped to Guantanamo and they will  torture me, but I will not reveal you are my comrades in this struggle.  And I know if I'm good  Chavez in heaven is going to bail me out, and  I will sit on his right, and he will give me a Rolex and a dollar quota.

All you have to have is faith, and you'll see, one of these days Chavez and I will be resurrected, we will  come up here, and we'll chain ourselves in front of the TV cameras  nonstop for three days.  Because if there is something that Hugo Chavez and I know how to do is talk.

This is dedicated to the government censors whose dedication ensures the Venezuelan people stay focused thinking about the revolution´s great accomplishments, and to Maduro´s supporters in the English speaking world who do such a great job making sure Maduro´s dictatorship stays in power. 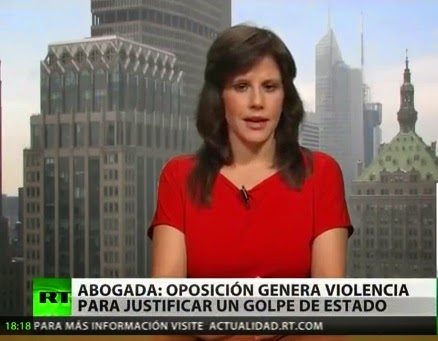 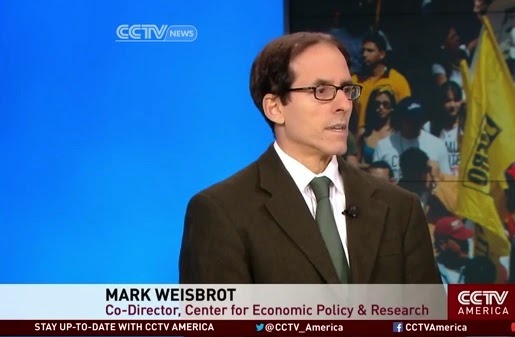