Qualitative Analysis of President Obama´s Speech at the UN

Qualitative analysis of President Obama´s speech, given at the United Nations on September 24th, has been performed using word count statistics and my own bias as points of departure. Social psychology principles allow qualitative analysis without statistical data. This includes observation and interviews. Qualitative research should emphasize the analysis may not be extended to a general population when the sample is small (Hsieh 2005). 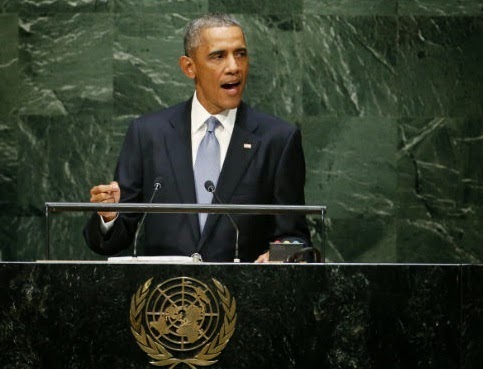 Content analysis of President Obama´s speech was carried out using WORDTM software. This powerful tool allows the systematic analysis of political speech. As Stemler wrote: “It also allows inferences to be made which can then be corroborated using other methods of data collection. Krippendorff (1980) notes that "[m]uch content analysis research is motivated by the search for techniques to infer from symbolic data what would be either too costly, no longer possible, or too obtrusive by the use of other techniques" (Stemler 2001).

The raw statistical analysis of the President´s speech yielded results which confirmed the author´s previous bias. The speech mentioned America or Americans 26 times. This was followed by the word “war” (24 times). Words associated with the Middle East (Iraq, Syria, ISIL) merited 25 mentions, and Israel/Israelis 6 mentions. On the other hand, Energy was mentioned twice, oil wasn´t mentioned at all. 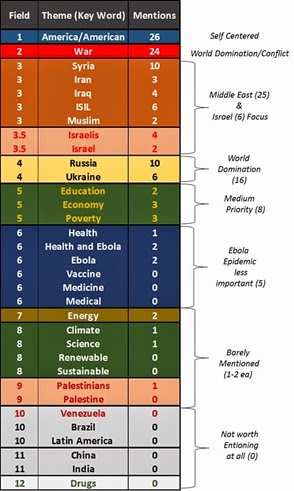 The Middle East is an intense focus of US interest and the conventional wisdom relates this interest to oil (Pollack 2014). However, let´s look over the record:

“In spite of himself, U.S. President Dwight Eisenhower was sucked into the Suez crisis in 1956 and the pan-Arabist revolts of the late 1950s. Lyndon Johnson barely lifted a finger to prevent the Six-Day War in 1967. Richard Nixon found himself grudgingly drawn into the region by the 1973 Arab-Israeli war and the superpower nuclear crisis it caused. Despite his aggressive image, Ronald Reagan did little in response to repeated attacks in Lebanon and the Persian Gulf by Iran and its proxies.

George H. W. Bush came to office hoping to ignore Saddam Hussein, not to go to war with him. And although it is rarely remembered today, George W. Bush was not particularly interested in the Middle East and paid little attention to the region prior to the 9/11 attacks.”(1)

The bold face statement “Lyndon Johnson barely lifted a finger to prevent the Six-Day War in 1967” is a key to understanding what has happened. Unconditional US support for Israel has emerged gradually over time. However, the Six Day war resulted in Israeli control of the West Bank and Gaza, and turned what had been a conflict between Israel and surrounding nations into a colonial war in which Israel sought to subjugate a conquered population, while simultaneously settling invaded territory with its own people (which happens to be a violation of international law and gives enormous impetus to Palestinian resistance of all types).

The war embarked the combatants on a new course which results in  today´s  intense conflict.  Israel knew its actions would cause enormous push back by the conquered populations. This led it  to  (successfully) intensify its lobby and propaganda efforts in the US,  seeking political, economic and military support as Israeli  settlement policy ignited resistance to its conquests (Findley 1985).

The Soviet Union´s collapse led to an “unipolar world” in which US hegemony was unchallenged by major players (Russian Federation, China, India, European Union, Arab League, and others).

Qualitative analysis of President Obama´s speech confirms the existing biases: the US “imperial hegemon” can be described as a self-centered, warlike and Middle East-focused power controlled by an oligarchy. 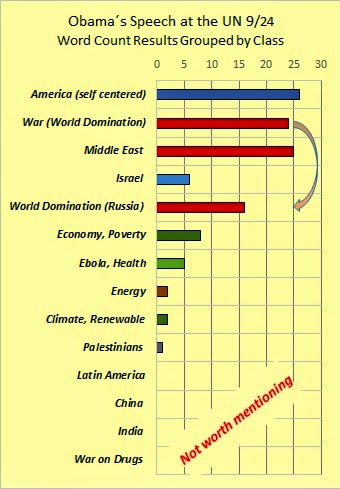 Figure 3. Final Consolidated Qualitative Analysis
shows the USA is a warlike hegemon with a foreign
policy  focused on the Middle East, with low concern
for Ebola and almost none for Global Warming and
other regions.

The idea that US democracy has decayed in this fashion has been expressed by numerous scholars. For example: “A new study that analyzes almost 2,000 government policy initiatives between 1981 and 2012 finds that the United States may have become more of an oligarchy than a democracy.” (Rocha Menocal 2014) (2) .

The word count statistics confirm President Obama, being a polished politician, knows how to touch upon “life quality” issues, such as the economy and poverty, which merit 8 mentions. Given the events in Dallas, the President will probably regret the low emphasis given to the Ebola epidemic and health in general (5 mentions).

The bottom of the list includes Climate Change (2 mentions), while India, China, and Latin America merited no mention at all. 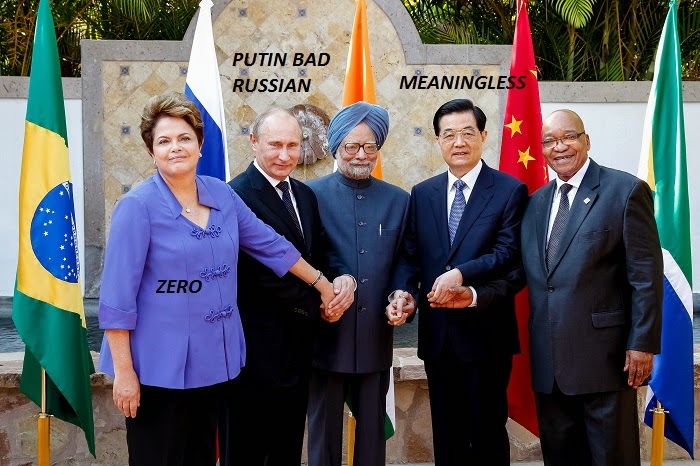 Before the reader goes ballistic after reading this study´s conclusions,  consideration should be given to the nature of qualitative analysis in the social sciences,  which is rarely undertaken in a structured way.

A key assumption underpinning this qualitative analysis is the extension of President Obama´s mental condition to the broader US political elite and US population. This approach is copied from Norgaard, Oreskes, and Lewandowski´s previous work. An alternative conclusion would be that President Obama exhibited an isolated case of neo imperialist ranting, which can be treaded using psychological methods and mood altering drugs.