This page has been updated June 2015 with additional comments. It was updated March 2015 using the NOAA temperature data to Jan 2015.

Dr. M. Mann gave a talk at the Cabot Institute in late September 2014. The talk is shown at the What´s Up with Watts site here

I repeated the point because it´s the sole reason to write this post. There are thousands of pages discussing the temperature record, whether it goes flat, and whether the models match or not, and I´m not about to repeat what others do with much better flair and technical means. What I´m trying to point out is the (careless?)  way the real data wasn´t shown.

I decided to help out a little bit, and plotted  the data set from NOAA NCDC as of Jan 2015, to see what was going on.  The plot was then tacked on top of Dr. Mann´s plot: 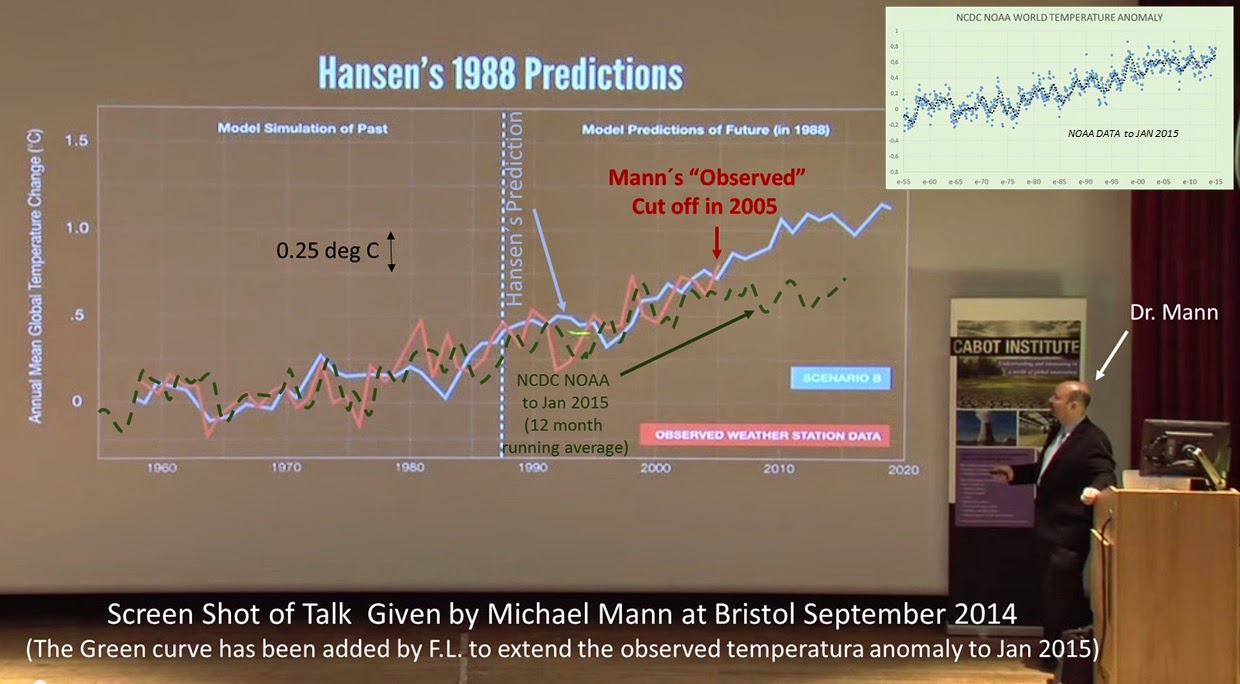 Screen shot of Dr. Mann´s talk, updated with the actual temperatures (green line).
Click on the photo and you can see a full page version

However, I do wonder if the BLUE line shown on this plot is for a model which projected green house gas concentrations values close to what we have seen. I have a tendency to be paranoid, therefore I can´t trust the blue line until I see the associated concentrations pathway. If anybody has the source feel free to post it. Based on what I have seen thus far, it seems presentations like this aren´t credible if they cut off plots and fail to show data  they know is available. This is more so when the data fails to support the point they wish to make.
Enviar por correo electrónicoEscribe un blogCompartir con TwitterCompartir con FacebookCompartir en Pinterest