Here´s the plot I used, it´s from the NOAA NCDC. 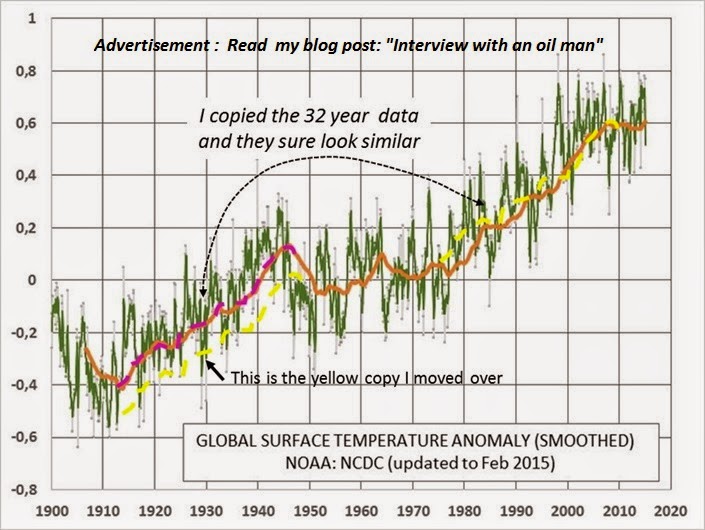 I plotted the data, made a running average, traced it by hand using powerpoint, copied it, changed the color to yellow, and moved it over from the 1904-1946 period to the 1976-2010 period (it´s rough work, don´t get picky). The two sure look close. And the trend in the second half of the 20th century sure isn´t a lot higher than the trend in the first half.

I don´t want to get into a bullshit discussion about temperatures, or slopes. If you want to read further about what I think feel free to read "Global Warming 101" or the other crap I write about the subject.

Here´s the sea level rise anomaly offshore Saint Augustine. Sea level has risen at a rate of 2.2 mm per year. That´s 2.2 cm per decade. 22 cm per century. About 9 inches per century. 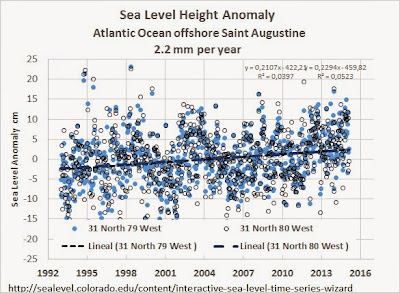