I just finished reading an item about Richard Tol and his cloak. Richard is a famous  economist who created a stir when he quit his job with an Intersomething Panel on Climate Change (IPCC) group writing a report for politicians (see reference below). 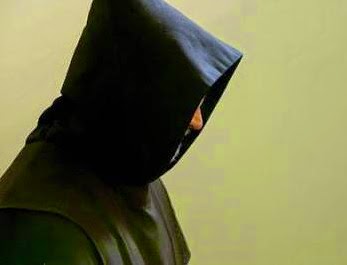 I thought the criticism was harsh, and it also missed wide off the mark. As far as I could see Dr. Tol was trying to be diplomatic in a formal meeting with high level British government types. I bet he even dressed up... 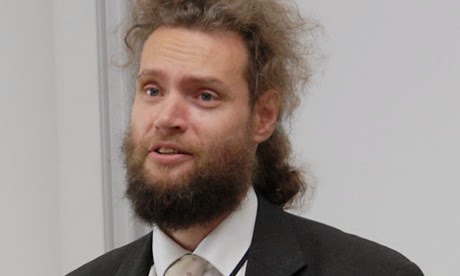 
"I first started reading seriously about this subject about 5 years ago. It didn´t take me long to realize there were mutiple debates being waged in several interelated fields (“climate science”, “engineering”, “statistics”,  “economics”, and “politics” come to mind). I also found there were labels being used which I found really confusing. For example, I read some were using the term “climate denial”. However, when I dug into the meaning of this term I realized the proper term was closer to “skepticism about ANTHROPOGENIC warming” (the US military would use the acronym SAAW).

Why do I bring this up? Because the debate ought to be centered on the word anthropogenic. I don´t think anybody denies the climate exists. However, there sure is plenty of argument going on over the anthropogenic part.

Now let´s move to persuasion.  Decision makers, bosses,  and higher ups come into those fancy conference rooms knowing they are smarter than we are, and that they happen to be on top because they know much more about almost every subject about to be discussed. Therefore a frontal attack on their belief structures and opinions is completely useless. Try it a few times and you will not get invited into that conference room at all, and if you keep trying it in real life you´ll be performing  studies about the impact of tropical cyclones on the Haitian mango industry.

So what is this about? I´m not on any side. I happen to think everybody is wrong. So I have to thread really carefully so nobody gets mad at me, and this means you are now being treated like those higher ups I used to convince to do  what I wanted to do by always, always using extreme care when dealing with them."

This global warming subject sure is fascinating, isn´t it? From forest fires to droughts to energy sources and these debates, it has a bit of everything for everybody... 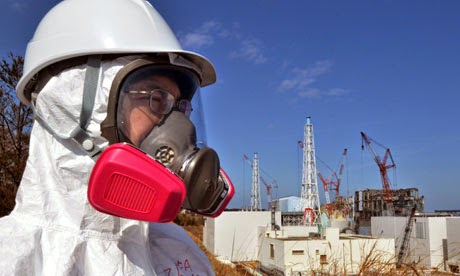 Climate activists are playing a very important role in the fight against global warming. Some, like Al Gore, the loser of the 2000 USA presidential election, won a Nobel Peace Prize for his relentless activities in favour of future global cooling. Others write in their blogs, and others are anomymous groups who create artistic tableaus to fight CO2 emissions.... 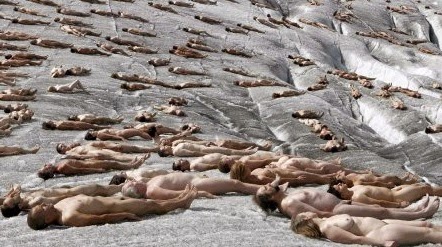 Anyway, if you are interested in reading more about this subject, here´s a link to the comment by Cindy Baxter:

Here´s a note Dr. Tol wrote in his blog

Richard Tol tears into the IPCC

Here´s Anthony Watts gloating because Tol tore into the IPCC

My next post ought to be about the Japanese civil war.