The climate wars involve intense media propaganda campaign waged by both extremist sides. However, there´s an interesting group in the middle which seems to be rather ignored.

All sides in the climate wars claim they get unfair coverage, this includes whining papers reported upon by The Guardian (a UK leftist paper I like to read), in which the authors complain their climate war opponents get more coverage than they should. 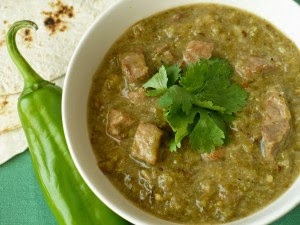 So, I´m going to show you how the climate warming books are cooked, and how the media tends to ignore the moderate 23 % of experts who think the CO2 causes moderate warming rather than the extreme position shown by 66 % who think CO2 causes “strong warming” (the remaining 10 % think CO2 doesn’t cause much warming, but to keep things simple I´ve focused on  the “strong” versus “moderate” groups).

First I´ll show you the graph shown at the Guardian to claim their “strong” group gets poor coverage. 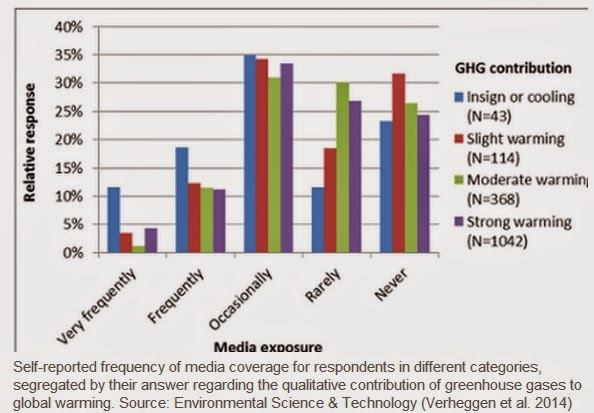 But the public isn´t told very much about a rather large group of experts who think CO2 causes moderate warming. So to show you how this works, I eyeballed the figures from the Guardian´s graphs, ignored the 10 % which thinks CO2 doesn´t have much of an impact (these guys are labeled "deniers", a rather insulting tag), and prepared this graph with the results for the moderates (good guys like me) versus the strongs (sometimes labeled "extreme warmists").

As you can see, even if I use the Guardian´s raw data (which may itself be cooked), I can see the moderates are getting less coverage than the extremists. 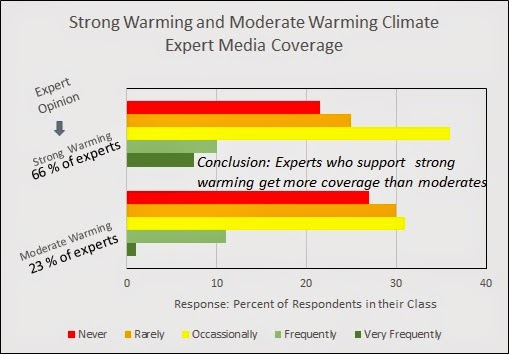 Graph I prepared with the Verheggen et al data used by the Guardian,
cooked to compare strong warmist to moderate media exposure,
this shows the good guy moderates tend to get ignored

The moderates, as reported in this study, are 23 % of the total.  This seems to be an important group, and I have the suspicion the moderates are the ones who are probably right.  So when you see the two extremes going at each other as if they were Mexican wrestlers in a dirty match, don´t forget somewhere in the background are very upstanding people who tend to like the middle rather than the extremes. They are scientists and experts who are like most of us. 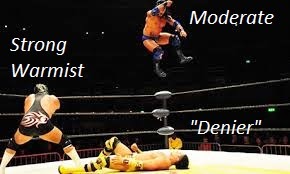 Mexican Wrestlers (altered from the Guardian)