I interview the Prince of Whales

The Prince of Whales has given me an exclusive interview on the future of humanity  and the environment. I managed this feat after I found him outside a Japanese whale meat market carrying 5 kg of prime beluga. 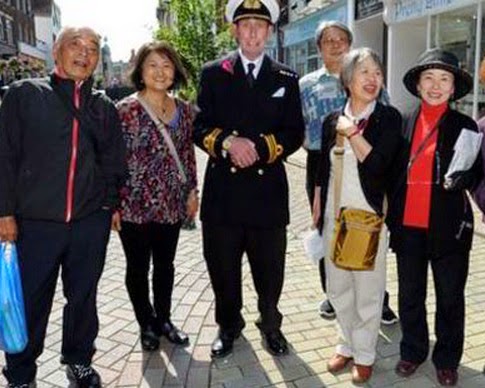 This was a great journalistic coup for yours truly. The interview took place aboard his yatch, moored in Tokyo harbor. He dressed in his regular navy outfit, and answered most of my questions as he sipped tea and munched on donuts:

FL (that´s me): I think I'd like to start by asking how your passion for politics and the weather got started?

PW (that´s Prince of Whales): When my sister and I were children, we were taught to dress up for photographs, salute people and parade around the Palace in all sorts of weather.   I mean, I've always felt I´m important, they always wrote articles about me and my family. It´s all part of one's connection with commoners, and so I suppose that was part of it.

But the first I  came to Japan, I saw the Emperor and I realized I´ve always wanted to do a bit of ruling  and be considered a deity - I'm not very good at it but fortunately there are lots of other people around to help me figure out things.

FL: Did you ever get impatient because you´ve been limited to your role as the Prince of Whales?

PW: Oh yes, that was the  whole point. When I was little I always knew I would be King.  It was one of the joys – watching people bend over and kneel. There's something about watching them from behind, as they bend over gradually. I never figured out why  lords, nobles, and politicians  took to it so well.

FL: Maybe they are born bootlickers.

PW: It's one of those great mysteries of life.

PW: Well, you know what I mean - it's terribly special - they say life is better after one gets to wear the crown. It must feel like being Bill Belichik.

FL: So you follow the New England Patriots of the American Football?

PW: I like violence, I think that´s  part of it. And then I've had a particular interest in trying to understand American culture - only because I just felt that it was inherently unstable, and we can´t go on as one of their client states without eventually asking that I become their beloved King. Somebody needs to talk some common sense into those people.

FL: You mentioned the climate in several speeches. Why do you think it´s so important?

PW: Well, because I feel that some people  look at is if happens by magic, but somebody has to look after it and manage it and maintain it,  and set the temperature.  And we have to remember the Arctic ice and the starving polar bears. If you remove all that, you've lost something terribly important.

FL: So you agree with Christiana Figueres, who says we need to leave 2-3 of fossil fuels in the ground?

PW: I've seen it only too often, people coming along saying, ah, it's ridiculous these climate scientists, they don't know what they're doing - we can be far more productive burning fossil fuels. But I´m convinced we´ll go completely belly-up within five years, if we don´t start using solar power and windmills. We must stop burning all fossil fuels.

FL: But that´s a really tall order, your Highness. Your country is located very far north, and it barely gets any sun. Solar panels sure sounds like an iffy idea.

PW: Yes,  the terrible problem I think we face is dealing with limits - this idea that common folk can go on living like they did before is quite impractical.  We just have to know how far we  can push it - with the electricity  rates and power blackouts.

FL: There's been a controversy over the climate. Some scientists say it´s not getting warmer.

PW:  They have been encouraged to say so from elsewhere, and they are always using those temperature graphs to make their stupid points. We can´t just focus on what´s going on at this time, we also need to consider what the climate models are predicting, and also the end of the ice age, and things like that. 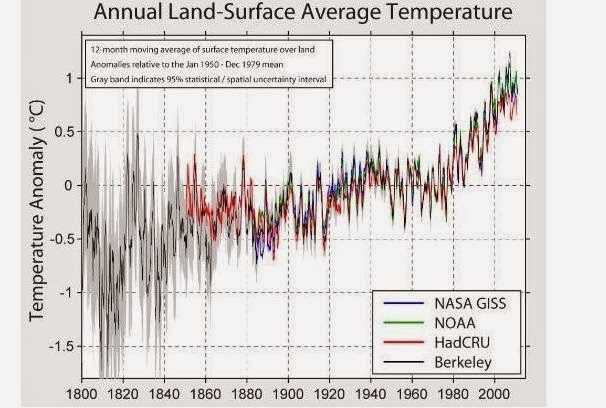 FL: Do you think you´ll be able to impact the climate if the Chinese and Indians refuse to stop growing emissions?

PW: We can only pray that our sick planetary patient might be placed on a road to recovery, in the process bringing gains for human well-being. Failure to write the prescription, however, might leave us contemplating the death certificate instead. So, my fervent hope is that we can find the means to make the difference that our world so desperately needs.

FL: But that leaves the Indians and the Chinese pouring gigatons of CO2 into the air.

PW: I hardly need to tell you we are faced, I fear, as far as the problem of human-induced climate change is concerned, with a challenge of astonishing complexity.

FL: Yes, I realize that. Everybody knows about climate change. But what do you plan to do about the Indians and the Chinese?

PW: The gravity and immediacy of the threat it poses to us and our children and grandchildren is also accepted by extreme environmentalists intent on undermining capitalism. This doesn´t mean trying to stabilize the temperature doesn´t have a lot of merit on its own.

FL: Mr Prince, I must object to the way you are sidestepping the question.

Note: At  this point the Prince starts munching furiously on a chocolate covered donut and stares at the yatch´s fancy blue shag carpet.

FL: Yeah yeah. I´m afraid we can´t get to the bottom of this unless you say something about India and China´s CO2 emissions.

PW: In China  there isn't a tradition, they like to make awful noises with their throats and have the dirtiest air on the planet. That´s what they get for having Mao and a bunch of commies ruling their country.

FL: But you share the same atmosphere with the Chinese.

PW: Well, the wonderful thing about our air is that it's quite incredible how much it's cleaned up in the last 50 years really.

FL: That was thanks to North Sea natural gas.

PW: There will be people listening to this who will say - well, you cannot - on an average income – live on batteries, that we need natural gas. But to them I say it´s important to save the Arctic.

FL: I see you will not address the China subject. So let´s move on to something more useful. How important do you think education is?

PW:  I've always felt strongly about schools and education for commoners. We need to teach them to embrace their inner peasant as we approach zero CO2 emissions.

FL: So you think the common folk will have to return to peasant life?

PW: I've been to some wonderful examples of farms, which haven't changed their practices since the Early Neolithic. In Somalia they live like that.  And I think many people shine when they're given an opportunity to work with animals and with plants and whatever it is. It connects their  children to how things grow.

FL:  So there will be people again listening in urban areas who will say, well that's lovely but it sure sounds like royal bullshit.  What about those people who don´t want to become peasants?

PW: Because I know - this is the problem, the moment I open my royal  mouth there's always an objection - things are going to become very complicated. Obviously, we should be treating, I think, the whole issue of climate change and global warming with a far greater degree of priority than I think is happening now. Again if you think about it, this is what really worries me.

FL: If there's one message that you'd like to leave us with, what would it be?

PW: Actually, the consumer who maybe doesn't live in the countryside but who probably does care quite a lot for it and visits it, can make a huge difference, by eating less.
Enviar por correo electrónicoEscribe un blogCompartir con TwitterCompartir con FacebookCompartir en Pinterest